Music as a platform to expand Africa’s creative identity and value. 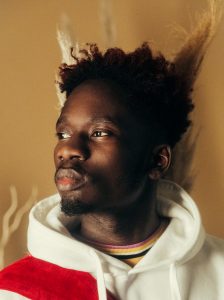 Mr Eazi’s career is a storied one. The singer songwriter and performer, whose presence into mainstream African music has only spanned 2 years has marked some impressive accomplishments. His recent single, “Pour Me Water” has racked over 5,000,000 Spotify streams. He is scheduled to play at the Reading and Leeds Music Festivals, and he will soon embark on his first global tour, the Happy Boy tour, that will see him selling out shows at countries not traditionally associated with an African music fan base like Japan, South Korea, and Malaysia.

In times when performances of African culture make up considerable cultural currency especially on the internet, the young Nigerian has a plan to improve upon the very culture of Africa and how it is projected globally, something that causes him to admit that his music is first of all targeted to Africans in the diaspora. Mr Eazi, wants to “…fill the void of people wanting to connect with African culture” he says. And in a manner that encompasses all its aspects and utilizes his music to serve “…as a soundtrack to something.” For example, in September 2017 at his Life is Eazi culture festival at the Roundhouse, London, the DJs created sets inspired by different musical eras. At his Tidal x Brooklyn live performance, he wore Maxhlosa, a South African designer. He frequently brings up and emphasizes the importance of creative collaborations. “Everything is connected.” He says. 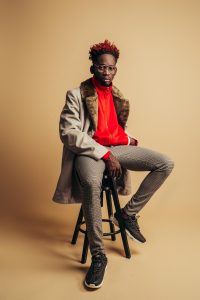 This connection for him can evolve beyond performing and organizing events. He credits social media, particularly beauty bloggers who have used his music as soundtracks to their posts. He even shares a story about Angolan supermodel, Maria Borges dancing to his music on Instagram. Mr Eazi has an innate understanding of the power of social media on not only how it influences modern Africa but how modern Africa can utilize it to influence and integrate into a global platform. He sees how one unassuming act such as having his music as background music can truly speak volumes.

Mr Eazi continues to put in the efforts, not just in music but in fields not typically connected. For instance, every time a stream of his song, “Pour Me Water” hits a million, a well in Africa is built. So far there are three and counting that have benefitted from his philanthropy. He also assisted with fundraising efforts at the FACE Africa WASH Gala to raise funds for clean water across Africa.

The plan is to keep going, keep doing more and watering the ground not just for himself, but for future generations of artists from the continent. For now, Africa is still a frontier market in all aspects. Especially in creative fields where a direct correlation between creativity  and making a living still seems hazy. However,some of this he believes can be fixed from a political standpoint. Mr Eazi continues to bring up the point of intellectual property rights, a concept that is still lost on Africa because “…we have not seen the value in creativity.” “When governments place value on intellectual property, once that starts to happen, things will change. I am in the diaspora so much because it is easier to monetize here.” He says with a laugh. 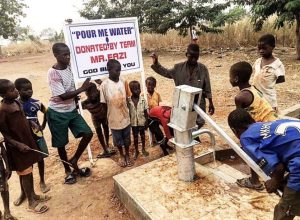